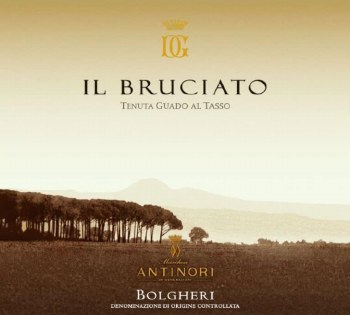 The 2016 vintage was characterized by a mild winter with infrequent but abundant rainfall which assisted in creating important reserves of ground water in the soil. The beginning of the growing season arrived a bit earlier than usual and then continued in a regular fashion, accompanied by a sunny spring with temperatures and rainfall which fully respected normal seasonal averages. Summer was, on the whole, warm and without particular temperature peaks. The ripening of the grapes took place in weather marked by generally warm and sunny days, followed by cool nights which favored the development of aromatic substances and a proper rapport between sugars and acidity. Picking took place between late August and late September.

Vinification
Once in the cellar, the selected grapes were gently destemmed and softly pressed. The fermentation and the period of skin contact with the must took place in temperature controlled stainless steel tanks and lasted for a period of 10-15 days at temperatures which ranged from 82° to 86° Fahrenheit (28-30° centigrade). The malolactic fermentation took place partly in oak barrels and partly in stainless steel tanks and terminated in both cases by the end of the year. At this point the Cabernet Sauvignon was blended together with the Merlot and Syrah and the wine went back into the small oak barrels, where it remained for an additional seven months before being bottled. The 2016 Il Bruciato was given four months of bottle aging before commercial release.

Historical Data
The Guado al Tasso estate is located some 50 miles (80 kilometers) to the southwest of the city of Florence near the medieval hamlet of Bolgheri. The property, approximately 2500 acres (1000 kilometers) in total size, extends from the Tyrrhenian Sea to the inland hills. It includes, in addition to 750 acres (300 hectares) of vineyards, terrain planted to the cultivation of wheat, barley, oats, and olive groves along with woods in which a herd of “Cinta senesi” pigs, a prize local breed, roams and feeds.
Il Bruciato was first produced in 2002, one of the most difficult vintages of all for the Guado al Tasso estate, with the precise aim of recounting and in creating a greater perception – in a modern style – of the unique terroir of Bolgheri. The initial blend utilized was that of Guado al Tasso, but then changed over the years both in its varietal composition and in the range of specific vineyard plots assigned for its production. The wine was not produced in the 2003 vintage.

Tasting Notes
The 2016 Bruciato offers an intense ruby red color. On the nose, the aromas of ripe red berry fruit, sweet spices, and a light and fresh minty note are the most prominent sensations. The palate is well structured, persistent, and very pleasurable in its fruity finish and aftertaste.