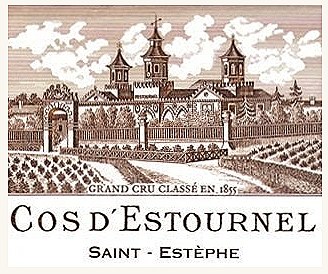 The 1996 Cos d'Estournel was aged in 65% new oak (unlike the 1995 which was 100%) and is a blend of 65% Cabernet Sauvignon and 35% Merlot. It has a straight down the line, intense and focused, graphite and melted tar bouquet. It is almost Pauillac in style, no surprise given its proximity. The palate is medium-bodied with fresh acidity, finer tannin than the 1986 Cos d'Estournel tasted alongside, but sharing those same leitmotifs of black pepper and sea salt. Excellent.

Winery Notes: Fascinating, Opulent, Voluptuous. The call of faraway lands. As mysterious and intriguing as a lone adventurer returning from a solitary sail, Cos d’Estournel is slow to reveal itself. Little by little, it evokes stories of distant places, market stalls brimming with unfamiliar fruits, spices and wares, village festivities warmed by the joy of revelers and the setting sun, and sumptuous visions of ladies and their voluptuous curves. A myriad of scents, colors and tastes appeals to the senses. The Grand Vin of Cos d’Estournel is both demure and deliberately sensuous, a fascinating and elegant nectar.